Pastoral leadership of the church changed hands several times during the next several years, until in 1981 when Pastor Allen Turner accepted the call to pastor St. Matthew’s. Under Pastor Turner’s leadership, the church began to flourish.

During the early years St. Matthew’s weekly services were held at the Seventh-Day Adventist Church in Livermore. One of Pastor Turner’s first missions was to bring to life his vision of St. Matthew’s having its own home. Armed with the Holy Spirit, seven church members, his Deacons and a whopping $2400 building fund, Pastor Turner set in motion his plans to locate a suitable building site where the first African American church in Livermore was to be built.

Church Construction Deacon Solomon Plummer (original charter member of Unity Baptist Church) located a parcel of land off Collier Canyon Road in Livermore. Unfortunately this was not where God’s House was meant to be as the building fund fell quite short of the $10,000 needed for the down payment on the land. Encouraging his congregation to not lose focus, but to keep their eye on Jesus Christ, Pastor Turner and his Deacons continued to search for a suitable site.

In 1982 another opportunity presented itself. This time St. Matthew’s was able to purchase a plot of land also located near the intersection of Interstate 580 and Collier Canyon Road. Again, God had other plans as over the next year Pastor Turner and the church’s Steering Committee ran into many obstacles from the city, county and Cal-Trans that kept the building from moving forward.

A spiritual breakthrough and blessing occurred in 1984 when Cal-TransYesterday announced they needed the land to build a freeway overpass. The proceeds from the sale of the land to Cal-Trans resulted in St. Matthew’s ability to pay off its original land debt and purchase a much larger site on Livermore Avenue.

The battle however was not over. St. Matthew’s continued to be at odds with Alameda County and the City of Livermore as they worked vigorously to stop construction of the church. However, when he is ready, God can and will move mountains. In 1986 prayer and supplication overcame politics and construction of the church began. One year later on August 30, 1988, the Dedication Services for St. Matthew’s Baptist Church were held.

Church Construction Under the leadership of Senior Pastor Turner, St. Matthews blossomed and grew with diverse ministries until 2003 when the Lord saw fit to call his servant home. In 2004, Senior Pastor Allen Turner’s son, Dr. Allen S. Turner continued the legacy and became new pastor of St. Matthews Baptist Church. Under the leadership of Dr. Allen S. Turner, St. Matthews has grown inwardly and outwardly. Maximizing ministry and overseeing chaplaincy of the Alameda County Sheriff’s office and the juvenile hall. The ministry has built new transitional homes as well as developed numerous ministries and youth programs.

Church Construction God’s blessings did not stop there…
TODAY … St. Matthew’s is continuously growing in membership and discipleship, as its focus is building God’s Kingdom. Come help us build the Lord’s Kingdom.

God’s mercy and grace endures… then, today and forever. 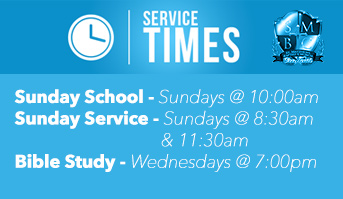